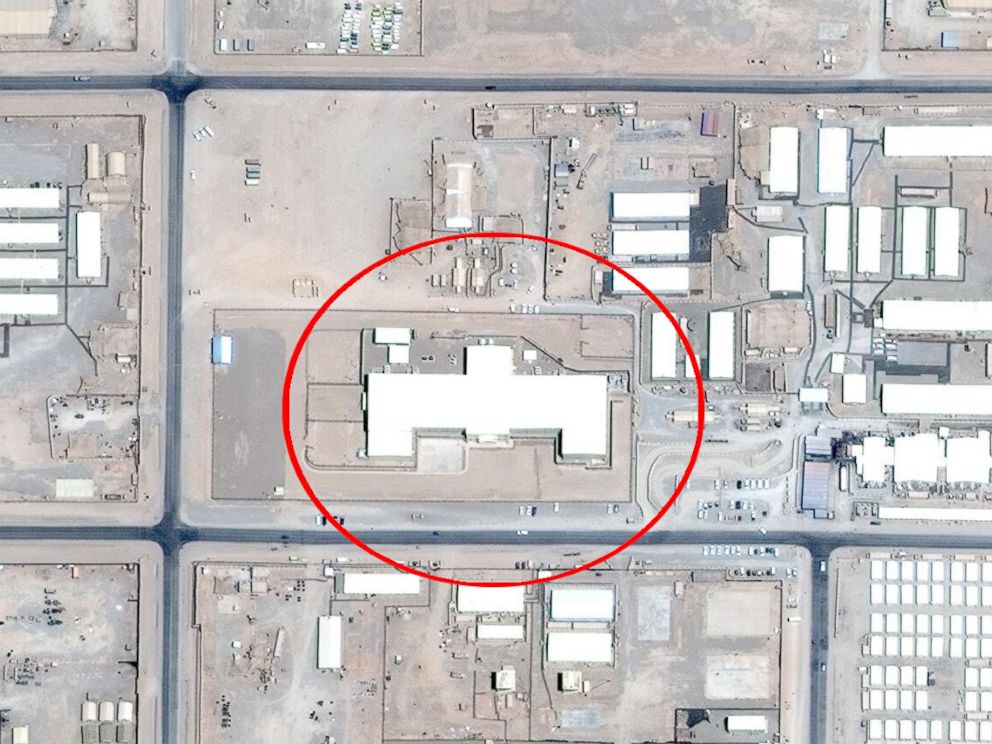 A legal advisor to the next Chairman of the Joint Chiefs of Staff attempted to “slow roll” an investigation into the waste of $36 million on a facility in Afghanistan that three generals said the military never needed, according to U.S. officials — allegations to which the advisor says he takes “strong exception.”

The government’s Office of the Special Inspector General for Afghanistan Reconstruction (SIGAR) released a report today detailing how the Department of Defense spent $36 million in taxpayer money to build a command center known as 64K — because it’s 64,000 sq. ft. — at Camp Leatherneck in Helmand Province, Afghanistan.

Prior to construction, three top generals on the ground in Afghanistan told the military brass that the facility was unnecessary and there was already a building that was “more than sufficient.” That didn’t stop the military bureaucracy, however, and another general said that the facility should be built because it wouldn’t be “prudent” to cancel plans after the money was already allocated to the project, according to the SIGAR report.

So the facility was built — months later than projected — and it was never once used by U.S. forces before being turned over to the Afghan government, SIGAR said. When SIGAR visited the facility in 2013, there was still plastic wrapping on some of the chairs. At one point, a U.S. military officer suggested turning the facility into something the troops could use, like a recreational center or movie theater.

Sen. Claire McCaskill, D-Mo., the top Democrat on the Homeland Security and Governmental Affairs Permanent Subcommittee on Investigations, called the facility “one of the most outrageous, deliberate, and wasteful misuses of taxpayer dollars in Afghanistan we’ve ever seen.”

But as Kafkaesque as the saga of the construction of the 64K building already was, SIGAR reported that its investigation ran into its own hall of mirrors when it tried to question military officials about what went wrong.

First, SIGAR reported that the Department of Defense launched its own investigation into the facility in May 2013. This was the one that first found the facility had never been occupied and suggested that the building be turned into a movie theater — one of a few suggestions that were removed from the final report, SIGAR says.

A month after that DOD report was finalized, Gen. Joseph Dunford, then-commander of U.S. forces in Afghanistan, requested a second review of the facility because he apparently foresaw the potential for controversy.

“This construction has potential to draw significant attention from auditors and Congress, and raises questions as to its approval and construction,” Dunford wrote in a memo to U.S. Central Command (CENTCOM). Dunford was named by President Obama earlier this month as the upcoming nominee for the next Chairman of the Joint Chiefs of Staff — the highest-ranking military officer in the U.S.

The second investigation, headed by another general appointed by Dunford, however, portrayed the construction of the building as appropriate and provided reasoning for its construction that SIGAR said was not mentioned in its original approval process — namely, that Leatherneck was being considered as an “enduring” base for the U.S. in Afghanistan and that the 64K building was part of a larger strategic plan. SIGAR said there was no evidence of such a plan at the time the decision to go ahead was made.

SIGAR also claims the second investigation was “mismanaged,” and that the investigating general failed to properly interview the officer who overruled the generals’ request to cancel the project. Instead, SIGAR says that officer was provided a copy of the report before publication and was essentially “coached” on how to respond to questions about his involvement.

SIGAR takes particular issue with the actions of Col. Norman Allen, then-legal aide to Dunford, who SIGAR says influenced the military’s investigative process and who later personally attempted to “slow roll” SIGAR’s investigation into the facility and the other investigations. “Slow roll” was a phrase SIGAR borrowed from Allen’s own email to his colleagues.

“Push from CENTCOM to have us provide responses to the SIGAR questions of their 25 Jul letter ref C2 facility. I wanted to slow roll these a bit more, but may be pressed to respond, and since we’ve asked CENTCOM to handle release, I think we need to support them,” Allen wrote in November 2013.

Allen also advised his colleagues that it may be inappropriate for other military officials to respond to interview requests from SIGAR, and he questioned SIGAR’s authority to investigate commanders’ decision-making.

“I am concerned, however, that interviews with people who have only part of the picture, if any, will lead to skewed conclusions,” Allen writes in another email to various military officials. “Similarly, I don’t think people in this command should be subject to interviews that make them go behind official decisions here; for instance, I would consider it inappropriate for members of the command to address with SIGAR what they think of the 15-6 investigation appointed and approved by the commander. I have a good deal of knowledge about that investigation, but I would not answer questions to SIGAR; it’s not just out of loyalty to the command, but by process it would mean SIGAR is investigating the commander, and that, I believe, is way outside their purview.”

Earlier in the same email, Allen says he’s laying out his reasoning “since I know it may be discovered and interpreted by others as efforts to interfere with an investigation, and I don’t want any GOs [General Officers] I support stuck in that loop.” He also states clearly that his advice is “not an official request for action.”

“It is important to reiterate that there is no guidance, direction or emphasis to deny anyone speaking to SIGAR or any of his representatives conducting an investigation; at the same time, it is important to ensure accurate information is reported,” Allen writes.

But SIGAR claims such emails, and those from other military officials, show an effort to “frustrate” its investigation and said in the report, “By virtue of his position as General Dunford’s legal advisor, Colonel Allen was in a position to discourage full cooperation with SIGAR.”

In a written response to the SIGAR report, Allen told SIGAR he “disagree[d] with the characterization of my communications and actions…” and said that “under no circumstances would [he] support withholding information from a proper investigation, and I did not do so in this case.”

As to his use of the term “slow roll,” Allen said it was not meant to “withhold information, but to allow us to address an issue raised from ISAF [International Security Assistance Force] to CENTCOM and the Office of General Counsel over scope of the inquiry.”

“While there may be differences in how we addressed issues or findings of investigations, I take strong exception to allegations that I interfered in the process and demonstrated a lack of integrity or compliance with legal and ethical standards,” Allen wrote to SIGAR.

Allen, who is now assigned to U.S. Special Operations Command, declined to comment to ABC News beyond his response to SIGAR. Public affairs officers at the Marine Corps, where Gen. Dunford is currently Commandant, did not respond to a request for comment from ABC News Tuesday.

In its response to the SIGAR report, the Department of Defense repeated the second investigation’s claim that Leatherneck was “being considered as a potential enduring location for the U.S. military” and that the decision to go ahead with the 64K building was “prudent.”

The last U.S. Marines withdrew from Helmand Province in the fall of 2014, leaving the brand new 64K building, along with countless other U.S. facilities, behind.

[Correction: The original version of this report referred to SIGAR as a military office. It is an independent federal agency.]